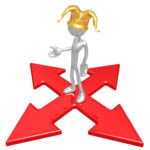 The Anatomy of Habits by Sherry Prindle

Are there some things you’ve been wanting to change about yourself, perhaps for a long time? Every time you think about how does it feel? You don’t need to kick yourself or be demoralized. There are many things that make behavior change a struggle, the first being that we may not know the fundamental process of creating permanent change. Outlined here are the basic rules of creating permanent change. They have the potential of creating a “No Wonder!” response and giving you a path to habit-change success.

One day Julie decided she wanted to stop drinking coffee. She woke up the next day and made a pot without even thinking and was halfway into her first cup before she noticed.

Rule 1: Good Intentions Fade and Are Superseded by Routines. Just like you set an alarm to wake up in the morning, the minute you decide to make a change, set up a way to remind yourself of your decision when you get back into the daily routine.

Julie put the coffee pot away and gave all the coffee she had on hand to a neighbor. She got up the next morning sluggishly forcing herself to get ready and out the door. At work she was frazzled, stressed, and disconnected. At her morning break, she poured a cup at work like she always had.

Rule 2: Life is a Dance; It’s in the Choreography. What is the pattern, what exactly you do as a part of the behavior you want to change, when you engage in it (times or situations) and why? Every time Tim sighs, Sally starts wondering why he keeps working there if he’s so unhappy, then she gets angry and stops smiling. When Sally stops smiling, Pat thinks she’s mad . . . In other words, there is a trigger and a predictable set of actions that follow it. Discovering the pattern is the first step toward breaking it. Procrastination could be part of a whole self-motivation ritual we are an unconscious participant in.

It was break time. What was Julie supposed to do, after all, it wasn’t called coffee break for nothing? She decided not to take a break but couldn’t concentrate on her work; she needed something to occupy her hands and satisfy her craving so she could think.

Rule 3: You take the action because it meets a need. Figure out what the payoff is for doing the thing you want to change, so you can continue to get the need met. One theory is that what smokers really want is a chance to get away and breathe deeply and systematically. Going to a bar may not be about drinking at all; it may be a necessary after-work ritual. Snacking may be a calming mechanism.

Struggling through another day without coffee, Julie had a big presentation to give and needed a pick-me-up. She felt uneasy going in front of others without the alert feeling the caffeine gave her, and the warm, steamy sensation as she drank it grounded her.

Rule 4: Motivation comes from pain and pleasure. Psych yourself up by thinking about the pain staying the same has caused, is causing, and will cause in the future if you don’t change (Anthony Robbins uses a process he calls the “Dickens Pattern” to get “leverage” on yourself. While you are in the process of changing, only the negative aspects of the change make themselves evident. If you also look at the positives, how much better you’ll be when you have achieved the goal, and remind yourself of the pain of staying the same as well as the pleasure of making the change, motivation can remain strong.

After Julie’s presentation went well, she decided to abandon her goal; “I’m entitled to one vice,” she thought. Remorse set in afterward, but at the time the pain of staying the same did not outweigh the pain of changing.

Rule 5: You can’t stop a habitual behavior; find a replacement instead. The behavior meets a need, remember, but the replacement may be something completely unrelated or there may be multiples. Try several replacements until one feels doable.

Julie realized that she always sat down and read with her coffee, which allowed her to ground and reflect in the morning, so she brought back the reading but without the coffee. At work, she read that eating an apple would make you more alert than drinking a cup of coffee, so she always brought two small ones to work. For stress, though, it was the warmth of the cup and the liquid going down that created a reassuring sensation, so she did find a replacement liquid that felt but didn’t taste good. She still felt a strong desire for the original habit of drinking coffee.

Rule 6: Resistance stays strong for 21 days while your subconscious is retrained. After three weeks, you will notice the new behavior starts to become automatic and you’re on your way toward achieving a permanent habit. The survival mechanism is wired such that we do not completely change our way of being for an isolated incident. 21 consecutive days is the magic amount of time it takes to prove to the subconscious mind that the new behavior is to be permanent. You will still feel inclined toward the old behavior, but the resistance is much weaker and the new behavior is beginning to feel right.